touched by a star

15 poems from Touched by a Star by Rita Martin
Translated by Manuel A. Tellechea
NOTE FROM THE TRANSLATOR

I feel honored to have been allowed to re-cast in English the work of so talented poet as Rita Martin. I hardly know If I have done full justice to her, for she has the rare gift of being able to impart many levels of meaning in just one line, whereas
I perhaps have succeeded only in giving voice
to the most obvious and compelling. Still, I believe these translations preserve much of her force and fierce independence, which may laid to no merit of mine but the universality of her poetry.
Manuel A. Tellechea
Union City, NJ
March 18, 1993

Lord, Lord, I Am So Alone
Before The Still Image
Sonnet I
Sonnet II
Visotsky
Shadows
The fog
Abysses
Path
Touched By A Star
Transgressed Image
While The Wind Soaks The Day
Desires
For The Birthday Of Anna Akmatova
Without A Name
Of Course, I Wanted

BEFORE THE STILL IMAGE
Have you said what you think
Or revealed what causes you to pause,
At the recollection of a wayward image,
Forever recalled?
Do you return alone to the beginning
Where the though remains complete
Preserved so well it hurts?
Are you headed elsewhere or are you in the same path,
Shown us by a wisdom we did not believe in?
Perhaps loneliness is revealing to you
The choice you make in your dream, and in your childhood.
Why, youth, do you now persist in remembering
When once you were the best bird of forgetfulness?
Does your body surrender the soul it possesses,
Or has it, suddenly, been disgorged?
Do you sleep, do you dream, do you divine
The eternity of the wind?
Whither are you going, whence returning,
Martyr to that word that burns,
Embracing liberty?
To where do you look,
Desirous of it,
For this rite of love,
Which no one sings?

SONNET I
I am not moved, my God, to love Thee
By the dream that's been promised to me,
Let the Hell, then, that others fear,
Let pity and the want of Thee move me.
It is a blessed fate that fortune conjures
The urge to live, to be ourselves again:
The anxiety that shields all that we've lost,
The fatalism that abides unto death.
It is love, perhaps, but no more than oblivion
Which invests our memory with emptiness
And makes us mourn the absence of and end.
And what we've lived becomes a spear, a wet road
And nothing, nothing can fool the idiot
Cheered by the hope of being dust, just dust.

SONNET II
Yesterday left like a sure sign
Announcing the dawn that is being woven.
Every dream unravels thread by thread,
A quiet future transformed
Into the black pall of space and the void
That unites with the stuff of death.
These are but shadows, hard shadows,
Which come to live and fester:
The sacred bones that destiny
Scatters at random,
By which all lies are sworn,
Tempted by something else and by the same thing.
It is an adventure for a man if his asylum
Is only possible by bartering
A mutation of the unknown self.

VISOTSKY
What child's gesture
Shelters the vibrant chords
Of the box?
What sadness
In your eyes
Betrays the inexorable
Happy voice?
What enemy
Falls
By the outpouring
That gushes
From the chest?
What death
Have we
In common,
If you remain,
And I leave?
Do you dream
Of the defeat
That breaks them?
Do you imagine
That the future
Will be splendid,
Or perhaps only
Barely
The beginning?
In silence,
I listen
To the guitar.

SHADOWS
Whom does this house in shadows harbor?
I have heard its dead drawing nearer,
With stones in their hands and fear in their souls.
The silence. The walls gravitate.
The goblins vanish. The invisible.
The instincts make wry faces: weep.
I conjure them.
Is this the path leading to manifest peace?
The house harbors them.

THE FOG
If evening should fall as the rain falls,
Filled with hope,
The night will never end. I would feel it
As the bird in the flight feels the nest
It waits to build. I would kiss its wing,
Who hurts my insides. Farewell,
I would say to the evening,
As if answering the summons of eternity.
With the heat,
The evening would depart with all its beauty, alone,
Selling my memories in the marketplace, oh,
If evening should fall, I say, if it should fall.

PATHS
Deep inside is the path to ourselves,
It is a future woven by a dream:
The mist of being sheltering the song.
A compass to the wind observing us:
Time, the rare offer, is given
For the duration of shelter, feeling
That no sooner dead,
The bird born of the substance of the word,
Becomes the wing battling
For the unbending
Of the image:
The waves dry the body:
The uniform is undone; the abandonment of being
The instant of the nuptials. With fixed look:
The ecstasy. A touch of light,
Promoted. You sink, you sink,
You are sinking. Be still, still,
You are saved. But where,
Where to? Somebody calls.

TOUCHED BY A STAR
Your life, nothing more, is at the mercy
Of the elements:
Listen to nothing, let nothing bother you.
The parting begins:
Like the musician that you miss at your side
It travels blind, but travels.
Like the singer
Whom you claim in your way, it travels deaf
But travels. Like the wayfarer
Whom you demand at your side, it travels mute,
But travels. Blind,
Deaf, mute perhaps.
It lays out the march in just one sense.
With its mind subject to a recovered dream:
The eyes are bitter cactus,
And you feel close to the infinite,
Touched by a star, betraying my hands.

TRANSGRESSED IMAGE
Your eyes in mine are the seed
Of future times: the evening that finds itself
Sheltered by a melody.
Who knows if you can listen
And remember: it was the sea and the sea was
The wind that embodies in the word
The image of a love that's been transgressed
By the light that seduces.
It was the wind and the wind was
The fire that on earth of a song,
Desiring to become the stuff of dreams.
It was the earth and the earth was
The maternal essence that burns in the mountain
In celebration of the promised dream.
It was the silence signifying everything or nothing,
The sum of labyrinths anxious to open
Their doors like kings.
It was the body and the body was
A longing to built the cave:
A painful raven drives us
And once more,
I am born defeated,
And later die. I march hurriedly
And arrive at port. Point of departure
If I return. No sooner do I awaken that I am erased,
Destined to be a wing, my souls turns:
Poem, pure of name, strike the blow.

WHILE THE WINDS SOAKS THE DAY
While the wind soaks the day
The pregnant years of existence
Float on the sea in token of all.
I think the moment is right
And I disappear into the nothingness
That lives in the indissoluble memory
Of my children:
Poems written to forget
Myself. The inexistence dreamt of
In death,
Each day officiates in my body and soul,
For long ago,
My body forsook itself,
And the soul, which I shared with you,
Rose to other regions,
Leaving my will anxious to find it:
There where love's first cry sounded.
As if under sentence I awaken
To attend a feast,
Filled with hopes,
That defeat and plunge me
Into darkness. Such is my rest
Prefelt but unimagined:
Violence in tenderness,
A word struggling to be heard
In the moulting survival
Of this times; oh, my dementia,
Which joins me to the dream of another return
If once more our bodies could discover each other
In the reflected, almost discursive light
Of the waters and the air,
As the fowl, or even the iris,
In a drawing's interminable season.
And inclined against the mirror I do not see my face,
But yours, fragmenting my eyes and mind.

DESIRES
I feel a great yearning to die.
Nothingness is gnawing at my feet,
And just it is to fall.
My present is filled with my yesterdays.
The past is cancelling out
Such a present. To survive
I store up images that will not desert me.
There is still another yearning:
The Whole is replete and possesses my song,
Glimpse of the future,
A future to be built when lines are crossed.

FOR THE BIRTHDAY OF ANNA AKMATOVA
Today Anna has awakened cold.
The cupboard filled with her memories
Offers nothing. Before her eyes
The eternal multitude stands
And motionless stands time.
And being wise, does the wise thing, says nothing.
She takes off, filled with hope,
In a bird's flight,
And she feels so very distanced from herself
That with fixed strangeness.
With words tacked and isolated,
She only stares.

WITHOUT A NAME
I have suffered from the certainty
Of not having a name.
As my last act,
I have attempted to search for it,
Though hindered by obscurity and night,
Which have become enemeshed
There is but one station
On the way of life,
And we must conform to a labyrinth
Laid out by others.
Such is the fate
Of an intimate stranger
Who distances herself
While gravitating
Toward the day and the light
Which are always changing places.
The landscape is all one:
A prophesy of successive circles
Inhabiting the port.
A reflexion of the moment
That was obstructed by the word.
A name could reveal
To whom it belongs,
Or to whom I belong.
But a name could also be
The Nothingness
To which I violently cling,
Sputtering immemorial
Disdain. The presence of my name
Is a token of your absence:
A custom of death
Confused.

OF COURSE, I wanted to say some truth
As yet unrepeated, to unravel
A mistery or unveil. To know it,
And knowing it, love it.
Of course, I was very young then,
And cherished this hope
Amid outlines of recollections,
Twisted and crossed-out passages
As a beggar does
Who slakes his thirst in misery. 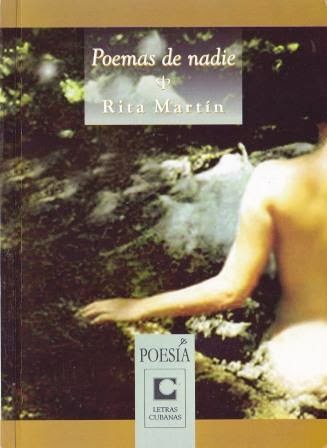 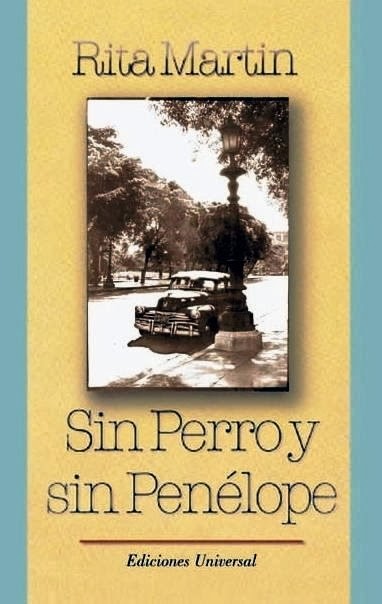 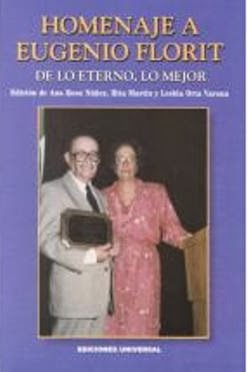